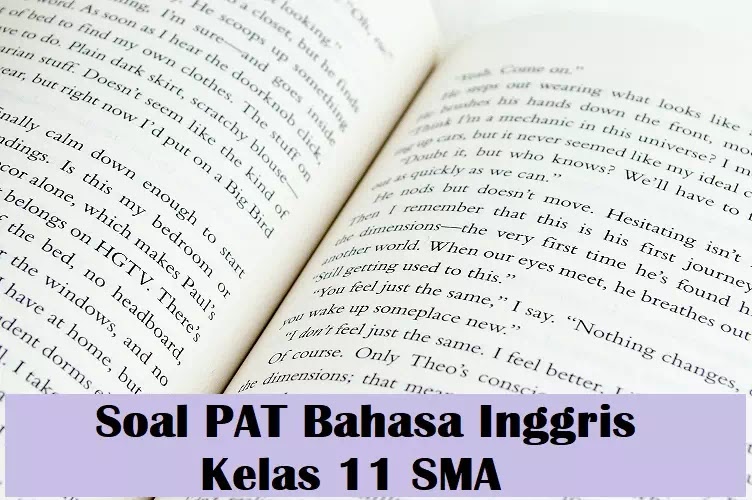 4. The short message is written to ....
A. tell what had happened in the meeting
B. inform the cancellation of a meeting
C. say that the principal won't come to the meeting
D. inform that the sender has just arrived from Singapore

5. Read the following text and answer questions 5 and 6
Hi friends, we are having a DINNER PARTYOn Wednesday August 13th in class VII A at eight o'clock.All students of VII A are supposed to join.Bring one or two friends and wear your funniest clothes to make the party fun. EXCEL group.
The persons who may join the party are VIIIA students and their....
A. couples
B. relatives
C. parents
D. friends
.
6. The text is written .... a dinner party.
A. to announce students to have
B. to invite people to go to
C. to inform people to refuse
D. to force students to go to
.
7. Read the text and answer questions 7 - 9
Scout Association of SMP Bunga Bangsa Semarang To: All Scout Members.We are going to go camping at Bringin area, from 14 — 16 June 2009. The contribution is Rp75,000.00. Members who would like to join the activity should register their names to Mrs. Katmiati. Registration will be on 10th June, 2009. Naufal A. C. The Chief

To whom is the announcement above?
A. Mrs. Katmiati
B. The chief of the association
C. All scout members
D. Scout association of SMP Bunga Bangsa Semarang

9. The contribution is Rp75.000,00”
What is the meaning of the underlined word?
A. Food, drinks, or services which are provided by an organization for guests
B. Sum of money that is given to a person or organization to pay for something
C. The act of making official report of something or someone
D. Payment made by someone because he has a debt

10. Read the text and answer questions 10 to 12
My favourite thing is aquarium. It is a place in which aquatic plants and animals, particularly fish, are kept. The term is applied to single tanks for home use in which fish are kept for their decorative effect and interesting habits and to public institutions with tanks for exhibition and scientific study of aquatic life.
I make home aquariums to simulate a natural environment. Aquatic plants supply the oxygen needed by the fish, but often an aerating device is used to furnish additional oxygen. Goldfish enjoy cool water, but the popular tropical fish must have water at a constant temperature of 22°C (72°F) or more. I must keep the water pure and free of algae for long periods by sufficient aeration and by keeping mollusks in the aquarium. A layer of sand or gravel at the bottom of the tank will hold the roots of such important aquatic plants as tape grass, vallisneria spiralis, and aid in the removal of debris. My home aquariums range in size from small fishbowls holding two or three pets to huge tanks.

To give additional oxygen, ... is used in a home aquarium.
A. a natural environment
B. aquatic plants
C. an aerating device
D. a layer of sand

11. Which is not needed to stimulate a natural environment in a home aquarium?
A. Putting aquatic plants in the aquarium
B. Using a suitable aerating device
C. Keeping mollusks in the aquarium
D. Removing the debris regularly

12. What is the above passage about?
A. The writer's home aquariums
B. A natural environment
C. Making an aquarium
D. Aquatic plants and animals

Yesterday night was the night of the fair, the following day was holiday. The children at Tim's school were really excited. They ran down the path out of school as fast as they could. Tim ran all the way home, and changed into his jeans and sneakers. He ate his dinner quickly, and sat at the window waiting for his dad to come. He couldn't wait for six o'clock when the fair would begin. He had been saving his pocket money for weeks.
When Tim and his family arrived at the fair, it had just opened. Already there were crowds of people swarming around food stalls, displays and dozens of rides. "Can I buy some chips and a drink?" asked Tim.
"Okay" sad Tim's dad. "But hang on tightly to your wallet. There are a lot of people around." "I'll be fine', said Tim impatiently.
He found a food stall, and ordered his food. When the man brought his chips and drink, without thinking, Tim put his wallet on the counter and picked up his food and drink. When he glanced back, his wallet had vanished! Tim desperately looked around him, but it was no use. All his pocket money was gone.
(Source : Exploring Writing by Sue Garnet)


The fair started ....
A. in the morning
B. in the afternoon
C. in the evening
D. after school

14. The children at Tim's school felt excited because ...
A. they would go to the fair
B. the following night was a holiday
C. their parents came to visit them
D. they got new jeans and sneakers

15. "When he glanced back, his wallet has vanished!" (last paragraph). The underlined word means ....
A. moved
B. disappeared
C. stolen
D. changed

16. Read the following text to answer questions 16 to 18
Creole Onion SoupThis is a traditional French dish adapted by the Creoles of New Orleans. It is sometimes known as 'Looney soup'. Ingredients: - 75 gr unsalted butter- 6 large onions, peeled and sliced - Salt and pepper-1 tbsp brown sugar-600 ml beef stock-60 gr plain flour-2 tsp soy sauce-1 tsp Worcester sauce- 6 slices of French bread-6 tbsp grated cheese Method: 1. Melt butter slowly.2. Add sliced onion, a pinch of salt and pepper and the sugar.3. Cook on a low heat, stirring from time to time, until the onions have browned.4. Add beef stock and bring to the boil.5. Sift the flour, stirring hard to avoid lumps.6. Add chicken stock.7. Simmer for 3-4 hours.8. Add sauces.9. Top each bowl with bread and cheese and place under grill for two minutes, until cheese has melted. The bowls will be hot, so warn your guests. It is a very filling soup so you won't want much else to eat. It should be served for 4 to 6 people.

How much Worcester sauce do you need to make creole onion soup?
A. One tsp
B. One tbsp
C. Two tsp
D. Six tbsp
.
17. Why should you warn your guests while having the soup?
A.You won't want much else to eat.
B. The bowl is placed under grill.
C. The cheese has melted.
D. The bowls are hot.

Once upon a time, there were two butterflies, Teri and Roni. They are friends. Teri and Roni had the same crown.
One day, Kodi a frog, saw Teri and Roni quarreling "You took it!" said Roni "No. I did not!" said Teri.
"Hey, what's the matter?" asked Kodi.
"Teri stole my crown!" said Roni.
"No. I didn't," said Teri.
"Yesterday, I still had my crown when she came to visit me," said Roni.
"Today I cannot find the crown! Look!, she is wearing it!" Roni shouted.
"My mom gave me this crown," Teri explained.
Kodi suggested they all go to Roni's house.
"Where did you put it?" said Kodi to Roni.
"I put it on the table," Roni answered.
They didn't find the crown.
"May be, it fell down." Kodi looked under the table. Nothing was there.
"It was my favourite crown!" Roni sobbed.
"I didn't steal yours, but if you like it so much, you can have mine," Teri gave Roni the crown.
"It's here!" Kodi saw the crown behind the curtain.
Roni stopped crying, "Thank God, Kodi found it!"
"Sorry, Teri, I accused you. I'm a terrible friend!"
"It's OK," said Teri. "Let's say thanks to Kodi!"

Where did Kodi find the crown?
A. Under the table.
B. On the table.
C. Behind the curtain.
D. In the house.

21. From the story, we can learn that ....
A. trusting each other is very important
B. the goodness is always the winner
C. a wise friend can be trusted
D. we shouldn't accuse of others without proof

27. Mita : What do you think about the fairy?
Bayu : I think she deserves to return to heaven
We can conclude that Mita is …
A. Asking for information from Bayu
B. Asking Bayu’s opinion
C. Giving her opinion to Bayu
D. Agreeing with Bayu’s opinion
E. Disagreeing with Bayu’s opinion
.
28. Dear Mariana,
Hello my best friend, I will have a party for celebrating my graduation. It will begin on Friday, October 26th , 2018 at 8 PM. It will be held in Primarasa restaurant at Jalan Wijaya Kusuma 12 Surabaya. I do hope that you can come together with the other friends praying for my graduation. See you!

Who is invited to the graduation party?
A. Mawar
B. All friends
C. Prima
D. Mariana
E. Belliana

29. Dear Mariana,
Hello my best friend, I will have a party for celebrating my graduation. It will begin on Friday, October 26th , 2018 at 8 PM. It will be held in Primarasa restaurant at Jalan Wijaya Kusuma 12 Surabaya. I do hope that you can come together with the other friends praying for my graduation. See you!

31. Global warming is a phenomenon used to describe the gradual increase in the temperature of Earth's atmosphere and oceans. Global warming is not a new problem lately people are acknowledging that we are facing a serious problem. Climate change is apparent everywhere.

Based on the text, we can conclude that global warming is ...
A. the raise of Earth's atmosphere and ocean temperature
B. is a new problem faced by human
C. is not a severe problem
D. the temperature of Earth's atmosphere and the oceans
.
32. The generic structure of exposition text is....;
A. Argument-Thesis-Conclusion
B. Thesis-Conclusion-Argument
C. Conclusion-Thesis-Argument
D. Thesis-Argument-Conclusion
E. Argument-Argument-Conclusion

33. Apt BLK 30, Eunos St. #05 – 116
Singapore 1441
2nd April 2009
Dear Liza,
I have received you letter asking me to meet you at your house this Sunday to discuss the urgent matter you have. I regret however to say that it will not be possible for me to see you on Sunday as I already have a previous appointment . I shall see you on Monday next week at 5 p.m . Hoping the change of date will be convenient to you .
Your sincerely
Daisy

What does the letter tell about ….
A. Liza’s problem
B. Liza’s appointment
C. Daisy’s previous letter to Liza
D. Daisy’s regret for not being able to come
E. A meeting held at Liza’s house

34. Apt BLK 30, Eunos St. #05 – 116
Singapore 1441
2nd April 2009
Dear Liza,
I have received you letter asking me to meet you at your house this Sunday to discuss the urgent matter you have. I regret however to say that it will not be possible for me to see you on Sunday as I already have a previous appointment . I shall see you on Monday next week at 5 p.m . Hoping the change of date will be convenient to you .
Your sincerely
Daisy

38. What kind of emotion in this song? 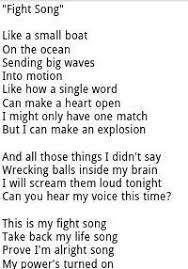 39. Which of the following is not part of how an elephant is describe in the first paragraph?

Leave a comment according to the topic of the article, tick Notify me to get notified via email when your comment is replied to.
Put In Image URL or Code Snippet, And Quote, then click the button you want to parse. Copy the parse result and paste it into the comments field.
Copy Code!